COVID-19 Toolkit: Climate change in the time of Corona

The link between climate change and human health, and what it may mean for insurance claims

COVID-19 has been described by Australia’s Prime Minister as our “greatest challenge since WWII.” Although there are other thoughts, the most widely-discussed theory is that COVID-19 originated in bats and was passed on to pangolins that were then illegally sold at the Wuhan wet market. What is less discussed, though, is the connection between environmental destruction, climate change and human disease.

Scientists have long warned that there is a connection between environmental destruction, climate change and the spread of disease. The link seems simple –  rising temperatures, floods and extreme weather events, directly caused and/or exacerbated by climate change, create the perfect incubation hubs for infectious diseases and their hosts, which include mosquitos (malaria), birds (avian influenzas), rodents (plague) and bats (ebola and COVID-19)[1]. For example, there is evidence that habitat destruction, caused by urbanisation, is decreasing the length and seasonality of migration among bird species[2]. Birds are a common disease host and disseminator. This phenomenon has been observed to lead to increased population densities, longer breeding seasons and an increase in the presence of parasites among these birds[3].

Another example is floods, which are projected to increase by 100% at the 1.5°C warming level or by 170% at  the 2°C level[4], are often accompanied by an increase in rodent populations. Rodents, such as mice and rats, are carriers of disease and bacteria, having infamously been responsible for the spread of the Black Death. There is also concern that a warming population could lead to disease carriers, such as mosquitoes, being able to spread disease such as malaria into more temperate areas of the world, previously unaffected by more tropical diseases. Rising temperatures could of the themselves be detriment to human health. Japanese researchers found that mice exposed to warmer temperatures were less able to withstand viruses as a result of a weakened immune system[5].

Climate change also increases food insecurity, which can lead to populations turning to alternative sustenance sources, such as “bushmeat”, which includes fruit bats and other disease hosts. This  is how ebola was first transferred to humans[6]. Throw into this mix illegal animal poaching, the sale of exotic animals at crowded and poorly regulated markets with questionable hygiene practices, and you have a recipe for disaster.

Whilst COVID-19 has understandably taken global centre stage, it is merely indicative of the bigger picture. Ultimately, research suggests that if we continue in the direction of habitat destruction and climate change, epidemics like COVID-19 will happen more frequently, and when they strike, they may be more deadly. The World Health Organisation has estimated that the effects of habitat destruction and climate change in the period 2030 to 2050 could cause approximately 250,000 additional deaths from malnutrition, malaria, diarrhoea and heat stress[7]. This could cost the global economy an estimated US$2 to 4billion per year by 2030[8].

What does this have to do with insurance risk and claims?

To date, plaintiffs in climate change litigation have most commonly claimed loss in the form of  property damage or economic loss arising from the forced implementation of mitigation measures in responding to climate change. However, advances in attribution science have improved the ability to link particular emissions to a particular defendant,  and therefore we expect that future plaintiffs will argue that a government’s failure to implement adequate climate change polices, or a company’s failure (by its directors) to curb its GHG emission has caused the Plaintiff personal injury, whether in the form of asthma from inhaling polluted air or as a result of falling ill to an infectious disease, or economic loss. It remains to be seen whether the chain of causation can be adequately made out so as to allow Courts to attribute liability, but about it is only a matter of time before this question is asked. 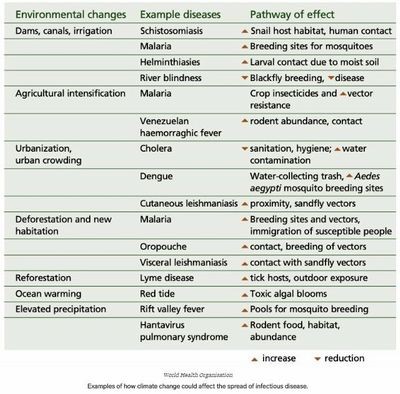 Insolvency exclusions: what are they and when do they apply?