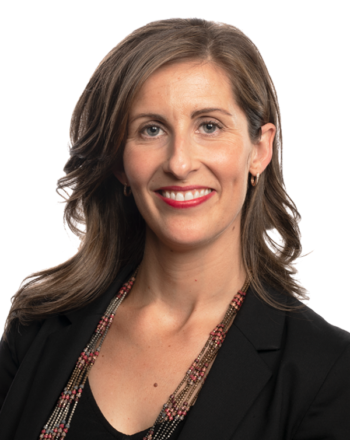 Recent developments in the gig economy highlight different approaches taken by tribunals and the platforms themselves when characterising and arranging their workforces.

The FWC found the rider was an employee because he:

Deliveroo has indicated an intent to appeal the decision.

The decision follows a sham contracting case against Deliveroo, heard on 17 November 2020 by the Federal Circuit Court.[1] If the Court finds against Deliveroo there, it could have a huge impact on the 8,000 Deliveroo riders in Australia. It could also affect other delivery service operators in the gig economy.

The Diego decision also follows the recent announcement made by rival food delivery company, Menulog, to trial the engagement of its workers as employees. Menulog has also asked the FWC to create a new industrial award specifically for food delivery workers in the gig economy. The request has so far not been supported by any of the other major providers.

Other notable decisions in the gig economy

In 2018 a delivery rider was found to be an employee and won an unfair dismissal case against Foodora. In that case, Foodora was ordered to pay the worker compensation of $15,559. Foodora no longer operates in Australia after going into voluntary administration.

To date, the FWC has resisted the opportunity to classify Uber drivers as employees, instead finding drivers in two separate cases to be genuine contractors. The decisions were not appealed and the Federal Court has not yet had to examine a case involving Uber drivers.

In late 2020, Uber Eats quickly settled an appeal in the Federal Court with one of its food delivery riders. The rider claimed she was unfairly dismissed when her rider access was cut off following a late delivery.  At the hearing, the Full Federal Court was reported to have been critical of the legal arguments presented by Uber Eats.[2]  Uber Eats sought to settle the proceedings before a binding judgment could be handed down. On 10 June 2021, the Transport Workers’ Union national secretary, Michael Kaine, revealed to the Senate Committee on Job Security that the rider was paid $400,000 by the company.[3]

In January 2021 Uber Eats announced that it would be moving to a new business model from 1 March 2021 whereby workers would contract directly with Uber Eats. Previously, the contractor agreement had described the relationship as existing between the rider and the restaurant, with Uber Eats acting as an intermediary.  The new agreement specifies its “subcontractors” as undertaking their own business while providing services to Uber Eats and being responsible for their own tax and insurance arrangements. The new arrangements remain untested by any court or tribunal.

On 19 February 2021, the Supreme Court of the United Kingdom (UKSC) unanimously classified Uber drivers as “workers”[4] giving rise to a host of entitlements not previously available to drivers.

However, the situation in the UK can be distinguished from Australia. The UK has the Employment Rights Act 1996 (UK) which creates a statutory definition of ‘worker’ not comparable to any legislation in Australia.

Key takeaways for business and insurers

Despite the various contractual arrangements being implemented by gig companies when it comes to their workforce recent cases reinforce that the worker relationship will be viewed as a whole and not primarily by the written agreement that is put in place. The level of control exercised by gig companies such as Uber and Deliveroo over those providing their services remains a strong indicator of the proper characterisation of the relationship.

[1] Jeremy Rhind v Deliveroo Australia Pty Ltd Federal Circuit Court Proceeding No: CAG38/2019
[2] https://www.smh.com.au/politics/federal/staring-down-the-barrel-of-a-landmark-judgment-on-its-workers-status-uber-folds-20201217-p56oij.html
[3] https://www.smh.com.au/politics/federal/uber-settled-unfair-dismissal-case-for-400-000-union-claims-20210610-p57zv7.html; https://www.workplaceexpress.com.au/nl06_news_selected.php?act=2&stream=2&selkey=60169&hlc=2&hlw=
[4] Uber BV and others (Appellants) v Aslam and others (Respondents) [2021] UKSC 5
Sarah Wood Principal, Sydney Direct: +61 2 8240 8020 swood@gclegal.com.au
This publication constitutes a summary of the information of the subject matter covered. This information is not intended to be nor should it be relied upon as legal or any other type of professional advice. For further information in relation to this subject matter please contact the author.